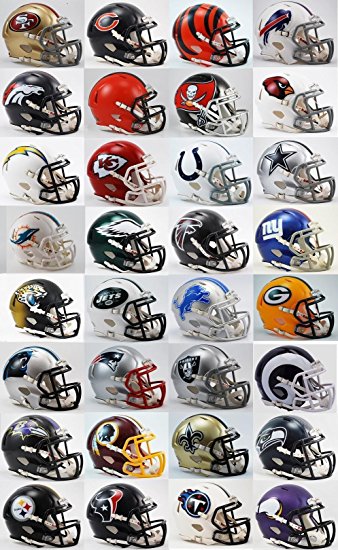 Matchup of the Week:

Largely due to their loss in Seattle, the Eagles playoff credibility hangs in the balance. Whether or not they can bounce back and compete with the high-flying Rams will be key if they hope to make a playoff run. This game has been hyped as a showdown between Wentz and Goff, the first two overall picks in last year’s draft. Based on how strong both rosters are, Wentz and Goff could end up being the deciding factors in this game. However, both supporting casts will need to step up to help out their star quarterbacks. In particular, Gurley versus the Eagles run defense will be key, as it will either open up the offense for the Rams or force them to become overdependent on Goff to beat the Eagles. This game is a preview of the future of the NFC, as both teams should be regular playoff visitors starting this year.

There hasn’t been a defense that could completely stop Russell Wilson this season, but the Jaguars have as good a chance as any. Seattle’s defense also took it up a notch last week against the Eagles, and should be enough to quench a Blake Bortles led passing attack. Rookie RB Leonard Fournette could be a problem for the Seahawks defense, however, which could be enough to power the Jaguars’ offense and keep the game close. While the Seahawks are the favorites to win, the Jaguars’ elite defense and running game will put up enough of a fight to at least keep the game interesting.

Are the Vikings legitimate Super Bowl contenders? After knocking off the Falcons last week, the Vikings are definitely convincing. Meanwhile, the Panthers are looking to legitimize their playoff aspirations after losing 31-21 to the Saints in a game that wasn’t as close as the score indicates. Similar to last week, I don’t see the Panthers coming close in this game unless Cam Newton plays the way he did in 2015. The Vikings have a better roster, and have out-coached most of the teams they have played. This would be a statement win by the Vikings, showing that they can perform in a potential trap game.

Vying for a first-round bye, the Saints have created a culture that is conducive to a Super Bowl run. With a healthy defense, they match up surprisingly well against this explosive Falcons offense. This is the Saints game to lose, but the Falcons are desperate for a win over their division rivals. Look for the Falcons to be creative in getting Julio Jones involved, especially if Marshon Lattimore can do what Xavier Rhodes did last week and shut Jones down. Even in a game featuring both last year’s MVP and a future Hall of Famer at quarterback, the running battle will be crucial. Kamara and Ingram, and Freeman and Coleman, make up two of the best RB tandems in the league. It should be a huge game for both groups of RBs.

Other Things I’m Looking For:

Nathan Peterman is back, which means the Colts will either get gashed by Shady McCoy or have a field day on defense.

The Bears defense has been pretty solid lately, but Giovani Bernard will still thrive in the absence of Joe Mixon and show us why we liked him in the first place.

It took the Browns long enough. With GM Sashi Brown finally gone, maybe Hue Jackson will be able to spark an offense that has underrated talent. Maybe.

With CB Marcus Peters suspended by the Chiefs this week, it’s the perfect time for Amari Cooper to have another breakout game.

After leading the Niners to 5 FGs in the win against the Bears, Jimmy Garoppolo has another matchup against the Texans that he can take advantage of.

The Lions don’t seem to have a good chance at the playoffs this year, and it doesn’t look any better with Stafford hurt. However, the running game will probably decide to show up against the Bucs.

Normally, a matchup pitting the Jets WRs against the Broncos CBs wouldn’t sound exciting. It is.

The Patriots will beat the Dolphins by a considerable amount, even without Gronk in the game taking idiotic cheap shots.

After an expected chippy game at Cincinnati, the Steelers have to face the Ravens in a potential trap game without Ryan Shazier or Juju Smith-Schuster. This game could get chippy as well, particularly with an agressive Ravens defense.

Our thoughts and prayers go out to Ryan Shazier, and I hope he has a quick recovery.